16 Longest Books on Audible, Each Over 78 Hours Long! 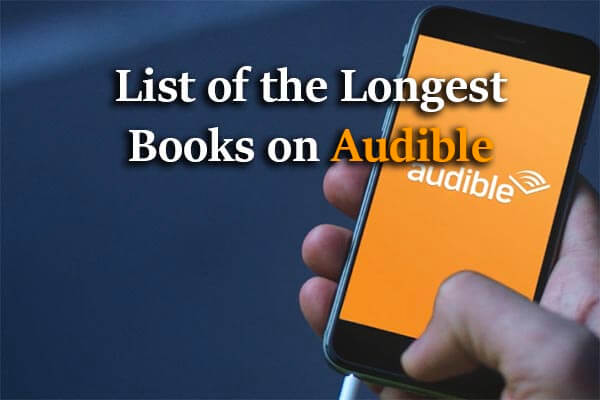 Have you ever wondered which is the longest book on Audible? If you have, you are at the right place to feed your curious mind!

In this article, you will get to know about 16 of the longest books on Audible, each with a running time of over 78 hours!

At the end of this article, I will also share with you the trick that was used to obtain this list. You can use the trick to obtain a customized list of the longest Audible books in any genre of your choice.

Before you continue, here’s some key information about the list:

Here’s the list of the longest books on Audible in ascending order of their Length:

This audiobook is in French. You can read more about it on Audible here.

Currently, Amazon is offering 3 Free Audiobooks to new Audible members during the free trial. You will get 1 Audiobook of your choice and 2 from the Audible Originals! You can keep those books for lifetime, even if you cancel your trial membership!

Here’s the link to the offer page!

From Publisher’s Summary: “The new single-volume edition of Conceived in Liberty is here! After so many years of having to juggle four volumes, the Mises Institute has finally put it all together in a single book. This makes it easier to listen to and makes clearer just what a contribution this book is to the history of libertarian literature.” Read more on Audible. 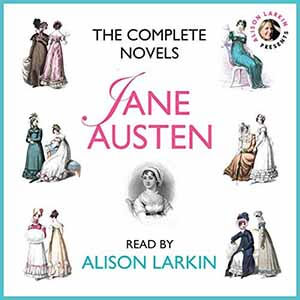 From Publisher’s Summary: ““…narrating the novels of Jane Austen reminded me that no matter how much the world changes, human nature never does.” (Alison Larkin)

Ever since Colin Firth’s Mr. Darcy emerged from the lake in the BBC adaptation of Pride and Prejudice, the novels of Jane Austen have become more popular than ever, delighting millions of fans all over the world. Now, Alison Larkin’s critically acclaimed narrations of Austen’s six completed novels are brought together in this very special 200th anniversary audio edition. “Alison Larkin’s narration will captivate listeners from the first sentence”, raves AudioFile magazine about the Earphones Award-winning recording of Sense and Sensibility, which starts the collection. ” Read more on Audible. 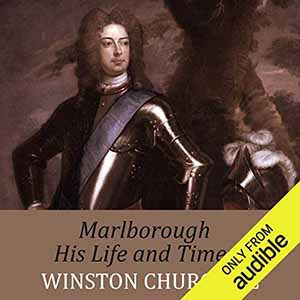 From Publisher’s Summary: “John Churchill, the Duke of Marlborough (1644-1722), was one of the greatest military commanders and statesmen in the history of England. Victorious in the Battles of Blenheim (1704) and Ramillies (1706) and countless other campaigns, Marlborough, whose political intrigues were almost as legendary as his military skill, never fought a battle he didn’t win.” Read more on Audible.

5. Parallel Lives of the Noble Greeks and Romans (Length: 83 hrs and 11 mins) 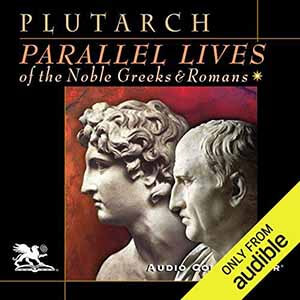 From Publisher’s Summary: “Plutarch (c. AD 46-AD 120) was born to a prominent family in the small Greek town of Chaeronea, about 20 miles east of Delphi in the region known as Boeotia. His best known work is Parallel Lives, a series of biographies of famous Greeks and Romans, arranged in pairs to illuminate their common moral virtues and vices. The surviving Lives contain 23 pairs, each with one Greek life and one Roman life as well as four unpaired single lives. Currently only 19 of the parallel lives end with comparisons while possibly all of them did at one time.” resonating high above the author’s funeral.” Read more on Audible. 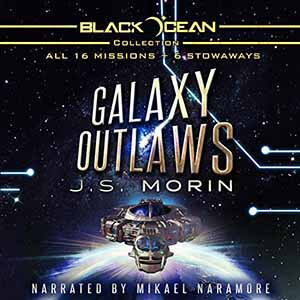 From Publisher’s Summary: “Carl Ramsey is an ex-Earth Navy fighter pilot turned con man. His ship, the Mobius, is home to a ragtag crew of misfits and refugees looking to score a big payday but more often just scratching to pay for fuel. The crew consists of his ex-wife (and pilot), a drunkard, four-handed mechanic, a xeno-predator with the disposition of a 120kg housecat, and the galaxy’s most-wanted wizard” Read more on Audible. 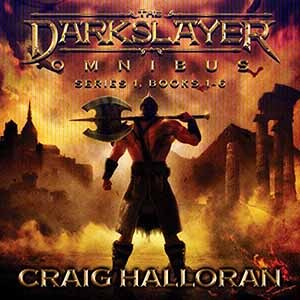 From Publisher’s Summary: “Number one best-selling series in epic fantasy and sword and sorcery! Don’t miss out on this complete six-book series! Over 80 hours of listening.

A world of corruption and carnage has an indomitable defender….

The all-powerful immortal being, Trinos, created the world of Bish for her own amusement. There, an eternal war rages between good and evil under the gaze of the bored goddess. Humans battle monsters and each other in a savage, never-ending conflict – from the world’s lush and perilous jungles, to the streets of its decaying cities rife with horror, death, and corruption, to the desolate wastes of the Outlands. And there is one who is charged with maintaining the delicate balance between light and darkness: the warrior Venir, the Darkslayer.” Read more on Audible. 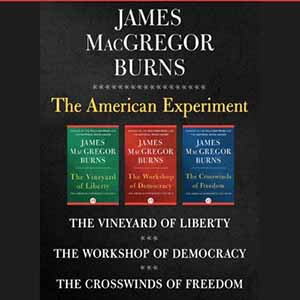 From Publisher’s Summary: “James MacGregor Burns’s stunning trilogy of American history, spanning the birth of the Constitution to the final days of the Cold War. In these three volumes, Pulitzer Prize and National Book Award-winner James MacGregor Burns chronicles with depth and narrative panache the most significant cultural, economic, and political events of American history.” Read more on Audible. 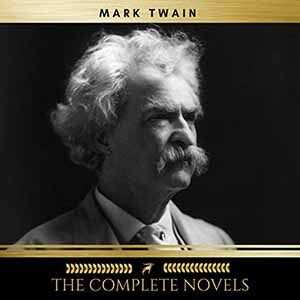 From Publisher’s Summary: “This Audiobook contains the complete novels of Mark Twain: 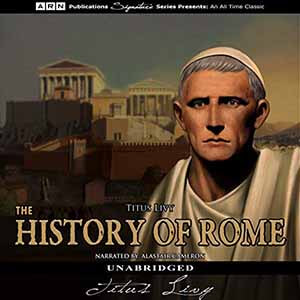 From Publisher’s Summary: “Titus Livy’s only known surviving work is a monumental history of Rome that was originally written in Latin. It is estimated that Livy’s The History of Rome was written between 27 and 9 BC and covers the legends of Aeneas, the fall of Troy, the city’s founding in 753 BC, and Livy’s account ends with the reign of Emperor Augustus.” Read more on Audible. 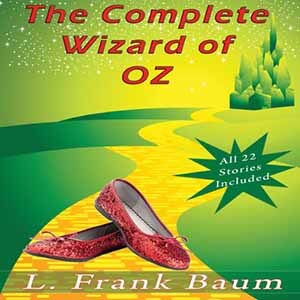 From Publisher’s Summary: “This is the complete Wizard of Oz collection of 22 stories written by L. Frank Baum.

This is the only complete collection that includes all the Oz stories. All 22 stories are fully complete. They include the dedication and the introduction of each story/book. ” Read more on Audible. 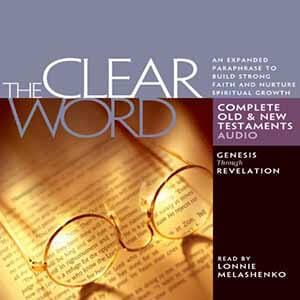 From Publisher’s Summary: “The Clear Word lets the power of ancient texts come through today. As the meaning of Scripture becomes more transparent, you see more of God’s grace and love. The Clear Word has renewed the devotional lives of thousands of people. Let it renew yours.

The convenient format makes it easy to navigate the Old Testament. Each chapter is a separate, numbered track, so you can listen sequentially or select a specific book or chapter.” Read more on Audible. 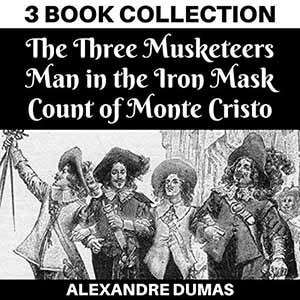 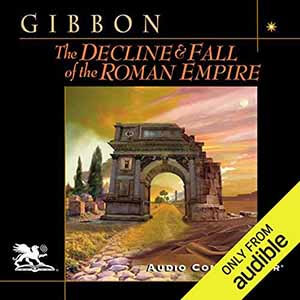 From Publisher’s Summary: “Here in a single volume is the entire, unabridged recording of Gibbon’s masterpiece. Beginning in the second century at the apex of the Pax Romana, Gibbon traces the arc of decline and complete destruction through the centuries across Europe and the Mediterranean. It is a thrilling and cautionary tale of splendor and ruin, of faith and hubris, and of civilization and barbarism. Follow along as Christianity overcomes paganism… before itself coming under intense pressure from Islam. It is a story that begins in Rome and ends in the capture of Constantinople by the Turks almost 1,500 years later. To aid in navigating this massive work, please refer to the accompanying PDF, which contains a table of contents and starting times for each chapter.” Read more on Audible.

From Publisher’s Summary: “This rendition of the New American Bible, Revised Edition (NABRE), is carefully produced as a high-quality audiobook, with careful attention to difficult pronunciations and narrated in the reverent style of liturgical proclamation, without drama, noise, music, or unnecessary vocal gymnastics. This is currently the only audio version of the NABRE that has been authorized and approved by the US Conference of Catholic Bishops, Confraternity of Christian Doctrine.” Read more on Audible. 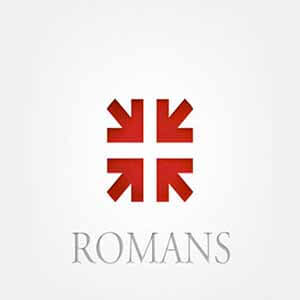 From Publisher’s Summary: “Paul’s letter to the Romans is arguably the greatest ever written. With these 225 messages, Piper preaches through the book – verse by verse, phrase by phrase – faithfully pointing listeners to Christ and the gospel. “The glory of Christ seems more glorious to me now than it ever has. And there is no greater exposition of the Gospel of God than the book of Romans.”
—John Piper” Read more on Audible.

With the running time of 154 hours and 1 minute, the book Romans: The Greatest Letter Ever Written, Narrated by John Piper is the longest book on Audible!

So this was the list of 16 of the longest books on Audible. If there are any other longer books that you know of and are not mentioned here, please share it in the comment section below. I will add them too.

This list was made with the help of Audible Advanced Search Feature by sorting Audible books based on their running time.

Here’s how to do it. Visit the Audible Advanced Search Page and then from the different advanced options choose ‘Over 20 Hours‘ in the Length section and ‘Audiobook‘ in the Program Type section as shown below.

You can choose other advanced options like books categories, language, authors, etc for a more specific list. 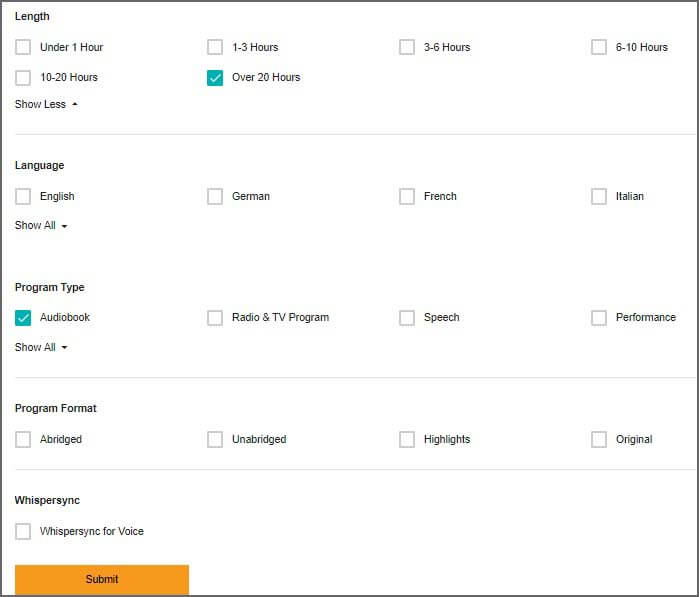 After you have chosen all relevant advanced options, click on ‘Submit‘. The search result will appear. Then from the ‘Sort by‘ option choose ‘Running Time‘ as shown below.

The books are now sorted by shorter running time to longer running time. So to see the longest books you need to go to the last page of the search results.

You can do that by simply going to the bottom of the search page and clicking on the last search page number as shown below. 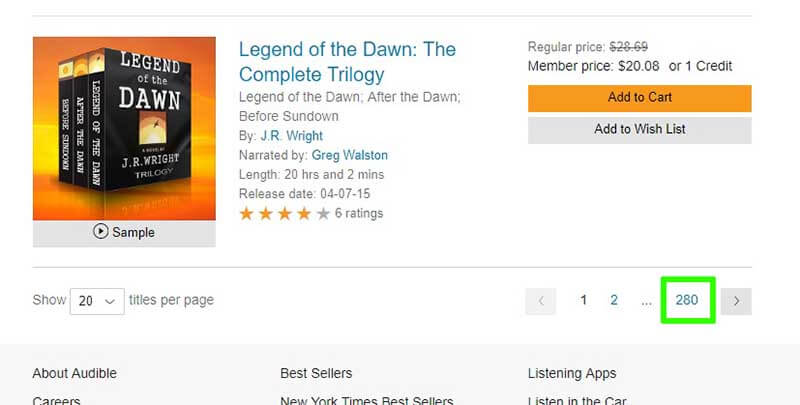 The longest books will be at the bottom of the last page. And that is how you can find the longest Audible books in any category.

11 Most Expensive Audible Books Whose Prices May Surprise You!

GladReaders.com is a participant in the Amazon Services LLC Associates Program, an affiliate advertising program designed to provide a means for sites to earn advertising fees by advertising and linking to Amazon. As an Amazon Associate, I earn from qualifying purchases.